Retired botanist Paul Somers led an outing to Boiling Spring Lakes Preserve and the surrounding area.
Thanks to Lara for her photographs!

Gathering for the walk

Pineland Silkgrass is named for the silver, silky hairs that cover the grass-like leaves. It has yellow, daisy-like flowers in late June to October. 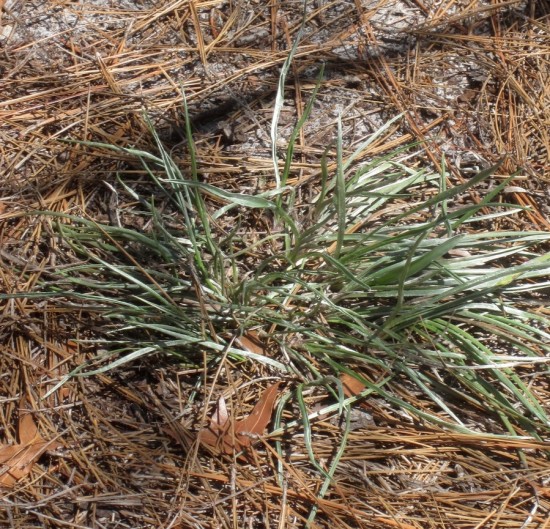 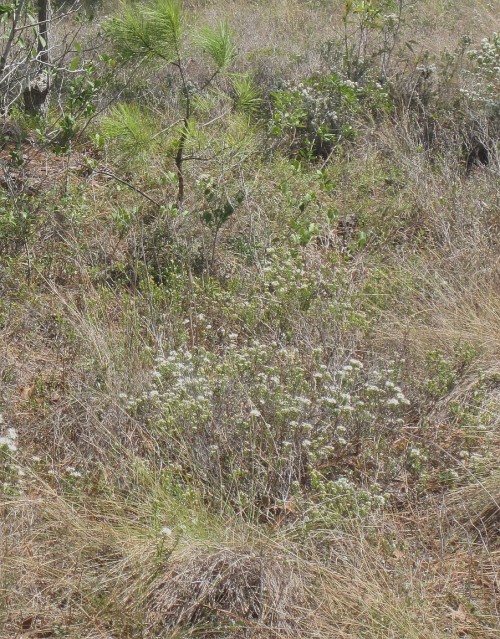 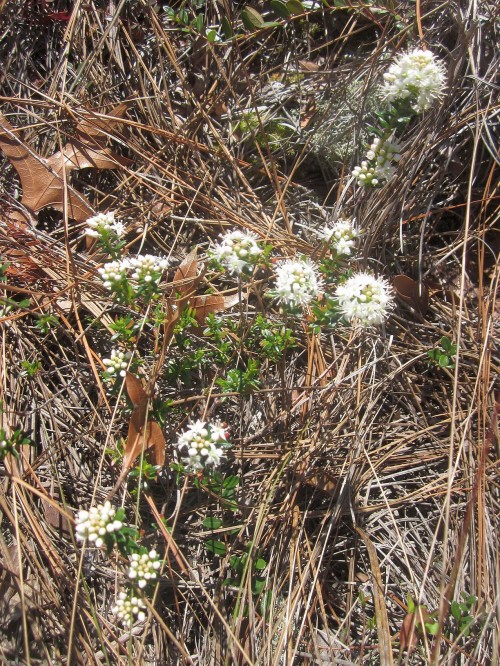 Low-growing and evergreen, Creeping Blueberry forms mats in pine flatwoods and savannas. It has pinkish-white flowers in April. 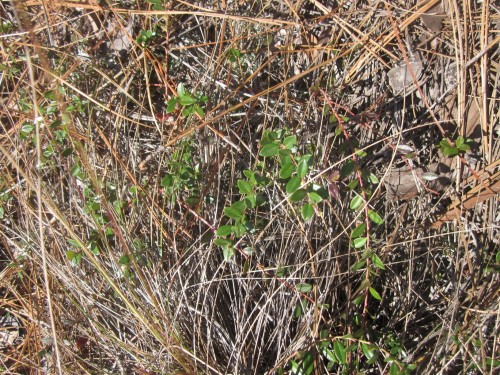 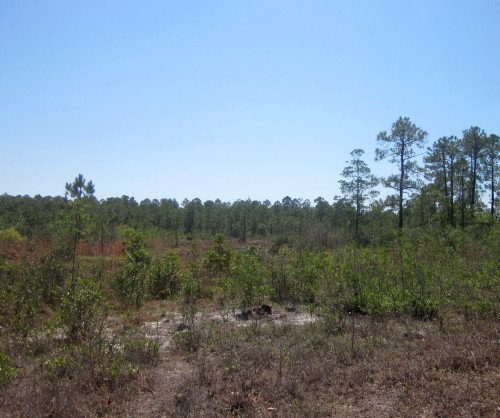 Shining Fetterbush has glossy leaves with a prominent vein running along the edges. Fragrant flowers usually appear in April. It prefers a pocosin or wet woods habitat. 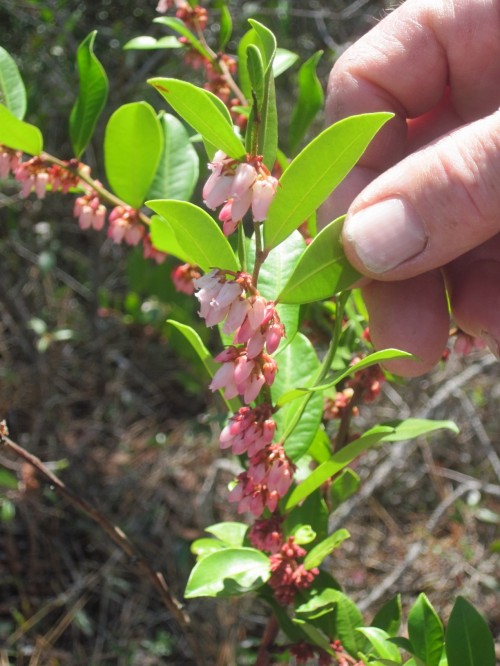 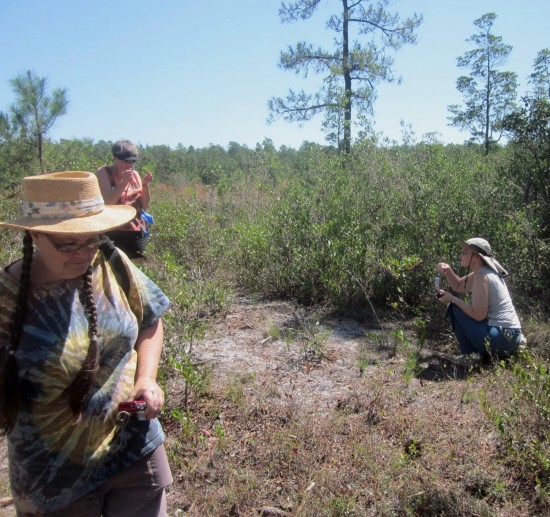 An important pocosin species and, together with Sweet Bay (Magnolia virginiana) and Red Bay (Persea palustris,) it is one of the three "bays" that are so hard at first to tell apart. It's the only one with serrated edges on the leaf tips and the tree has a distinctive narrow, conical shape. 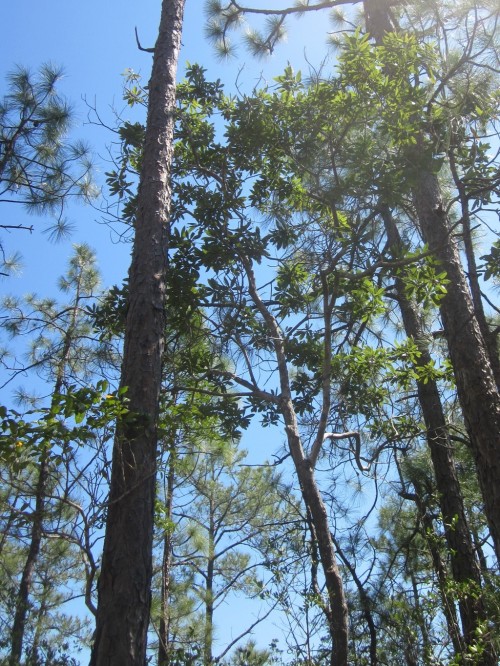 "Perhaps the most complex and confusing genus in our region, Dichanthelium requires careful collection and close observation of several characters to determine to which taxon a specimen belongs, or at least to which taxa it seems most closely aligned. A taxon that is distinct in one part of its range may be indistinguishable from another taxon elsewhere. This is particularly true of Coastal Plain species adapted to natural (and now human) disturbances." Weakley 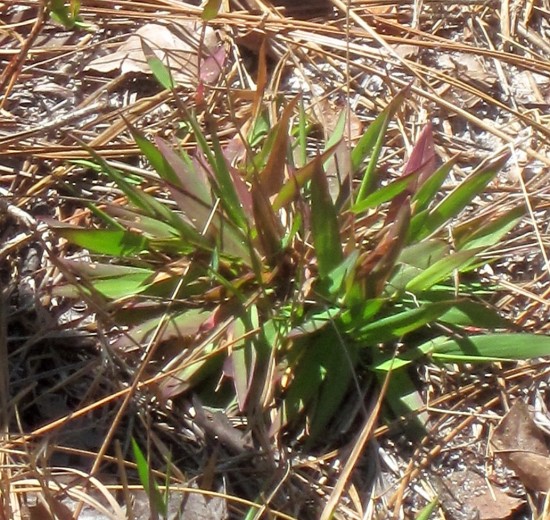 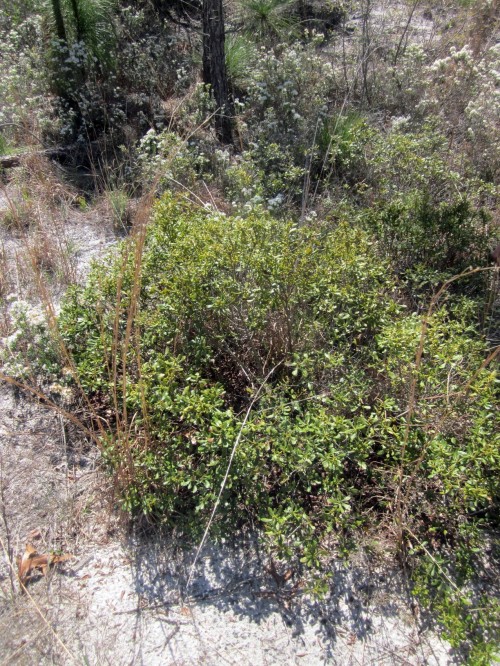 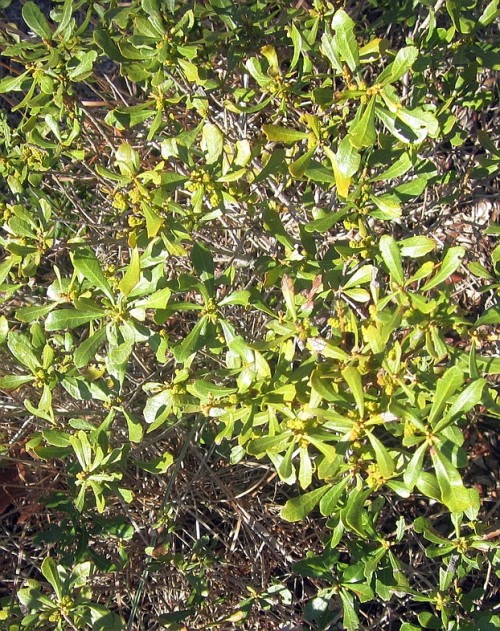 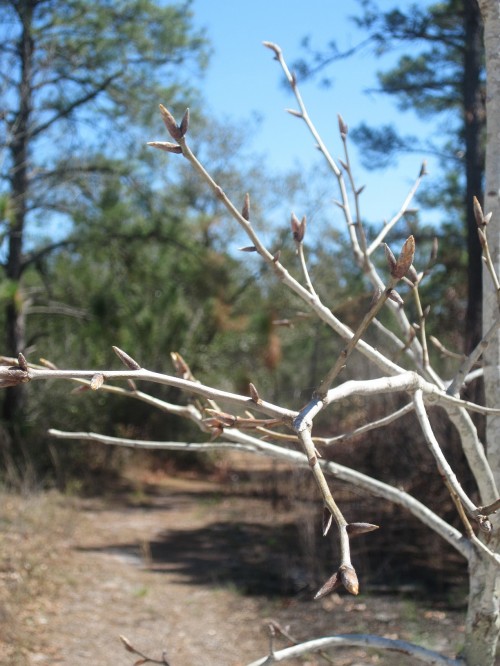 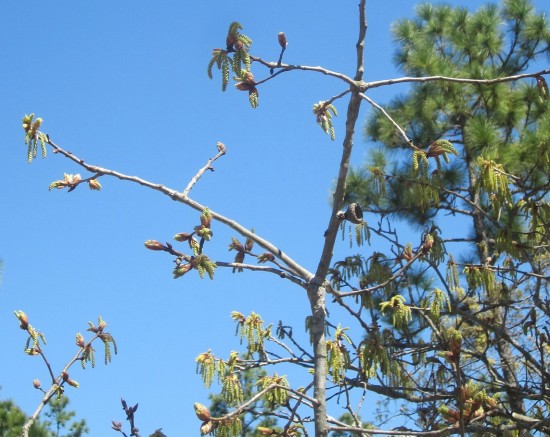 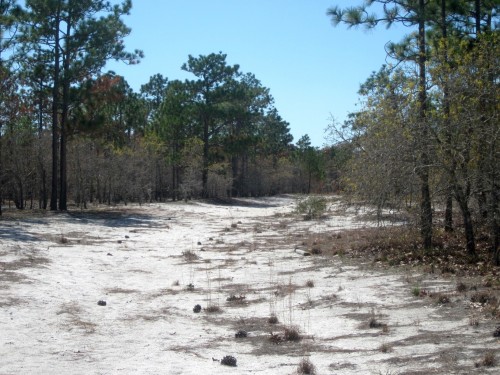 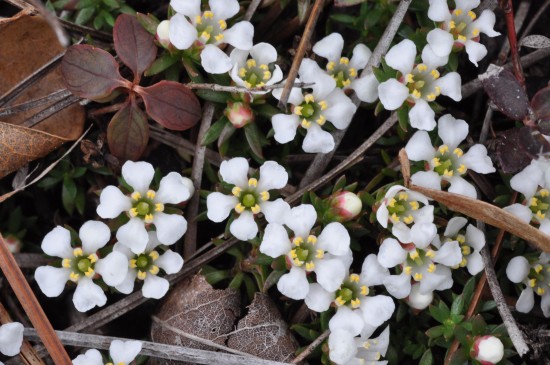 The best way to see Sand-myrtle! 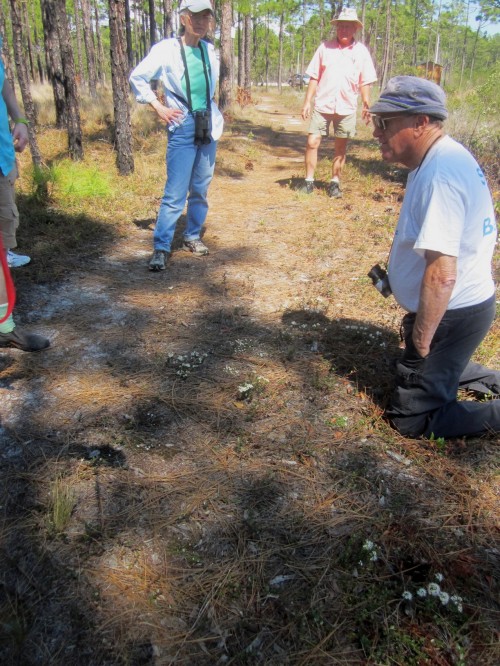 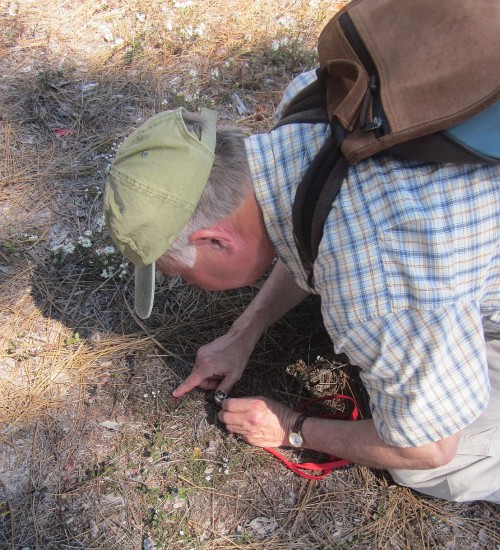 Bladderworts are carnivorous plants. In terrestrial bladderworts like this one, the bladder traps are under the soil. Tiny animals swimming in the water-saturated soil are sucked into the partially vacuum-sealed bladders when they break the seal by brushing against certain hairs. The lid then recloses and the animal is slowly digested. 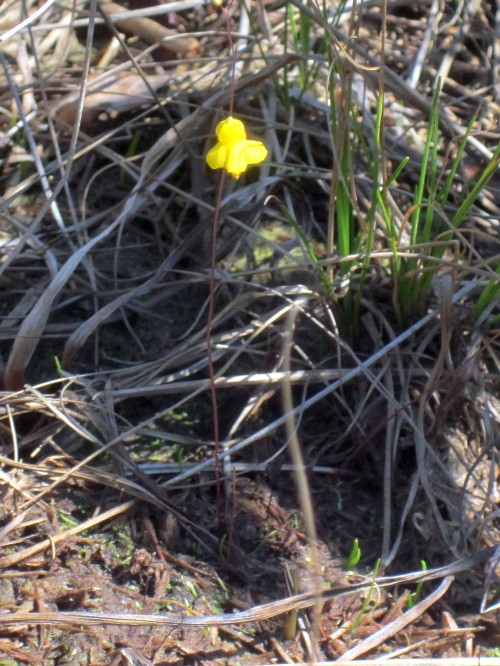 Redroot has leaves like an iris, white, woolly flowers in June and a really red root! 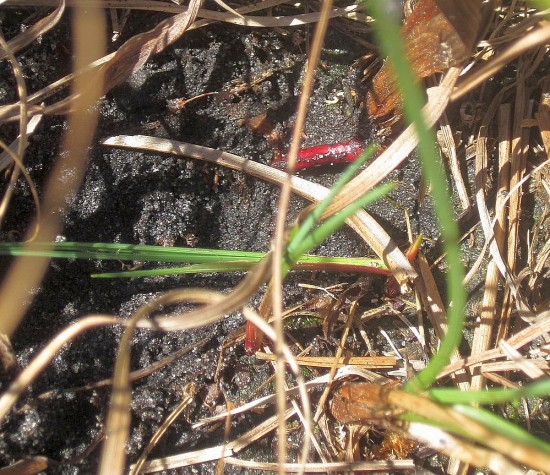 These urn-shaped seed pods are distinctive for the various species of Rhexia (Meadow Beauty). 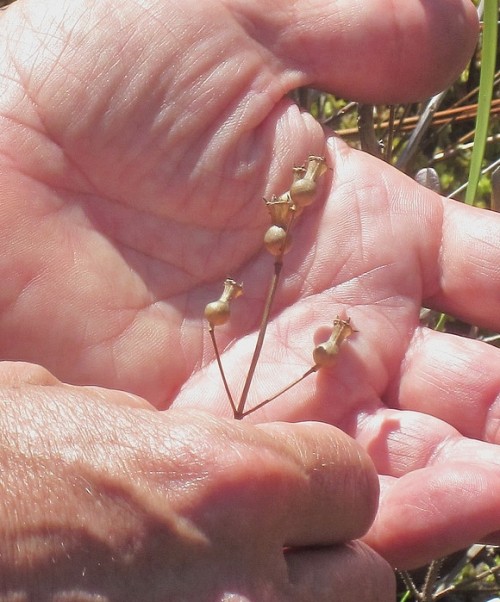 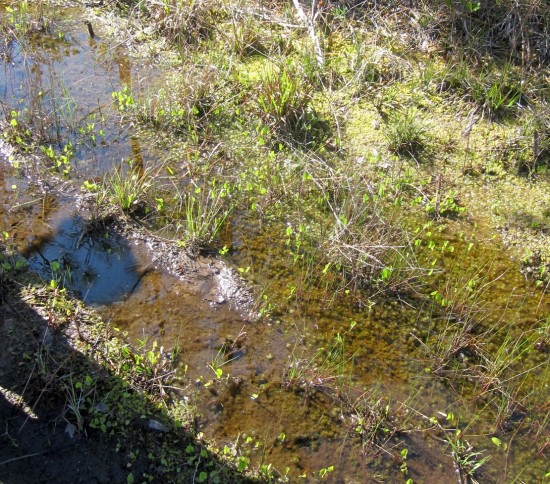 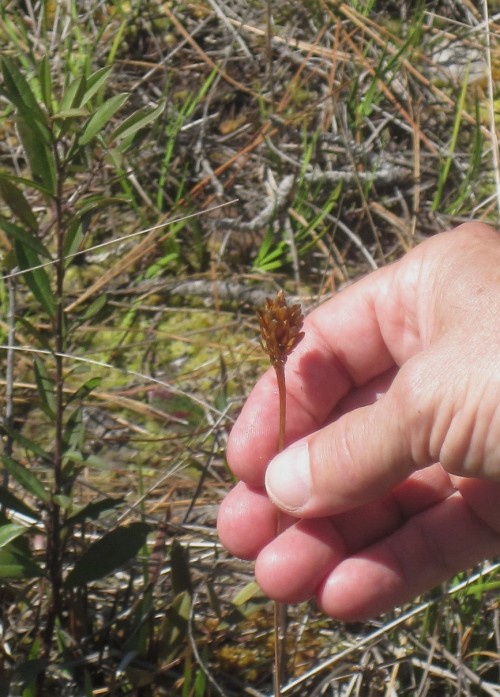 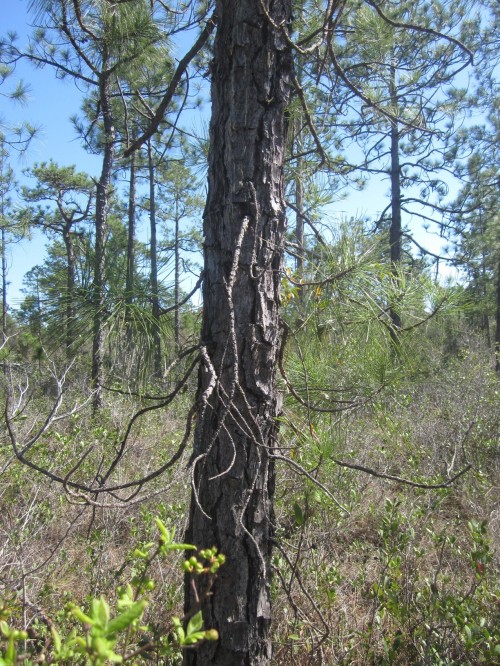 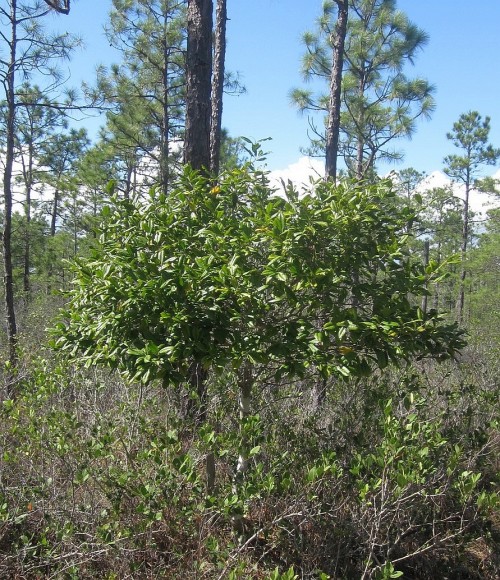 Our thanks to Paul for sharing his encyclopedic knowledge of plants (and he is new to the Southeast coast!) both as a leader for this walk and as a participant on other walks this past year.  We are so glad to have him as part of the chapter.